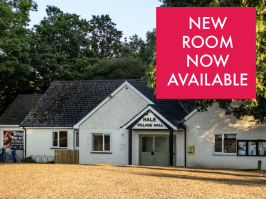 The Village Hall is an ideal venue for parties and group meetings. Click here for more infomation.
Photo taken by: Ian Cook 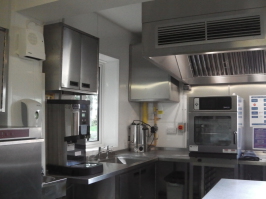 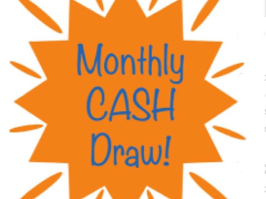 Help us raise funds for the Village Hall. Just £12.00 a year More here.

In 1927, a public meeting was held in Hale School to discuss raising funds to build a village hall. By the end of 1929 sufficient funds had been raised to go ahead with the project. In 1931 a plot of land was purchased adjoining the village green and a Trust Deed was drawn up establishing the Hall as a registered charity and vesting the property in the Official Trustee for Charity Lands. Dear and Sons won the contract to build the hall and it was officially opened on 16th February 1932. By 1935 all debt was cleared. In 1936 electricity was installed; but it was not until 1950 that a piped water supply was available. A new committee room and kitchen were added in 1958. In 1998 with a grant from the Lottery Fund the main hall was re-floored, a store room added and the downstairs committee room extended. Minutes of Hale Village Hall can be found here.

Other regular users are the Hale Parish Council, Hale and Woodgreen Horticultural Society (alternating with Woodgreen Hall), Hale Film Club and Hale and Redlynch Cricket Club. It is also the venue for occasional concerts, social events and private parties.

There is a thriving monthly Food Market.

The hall is looked after by the Hale Hall Management Committee, which is appointed annually. It is composed of elected trustees, representatives for the village and the societies using the hall. The rental charged for use of the hall is used for repair and maintenance, together with additional money from fund-raising events as required.

The Main Hall has a movable stage; a screen for slide projection; and seats up to 100 people. There is a storage room for the tables and chairs when not in use. The kitchen is fully equipped with a cooker, a heated cupboard, refrigerator, dishwasher and two sinks. It has crockery and cutlery for 80 people. Showers and toilets (including one for the disabled) are available.

We now have an extra room to hire out! The newly refurbished Meeting Room downstairs is ideal for small groups of 20 people. Great for yoga, committee meetings  or small groups.

Funding.Hale Village Hall Management Committee has been very fortunate in securing the funding needed to carry out an extensive refurbishment project spanning 2013 to 2015 and are very grateful to all those who have helped. Key contributors have been Cleansing Services Group. For more details, click here.

Due to Covid-19, the AGM was cancelled and the decision has now been made not to hold an AGM in 2020. Funding opportunities are now very different and some of our plans for improvements to the village hall have had to be put on hold.

We have posted the slides that were intended for the AGM for information but due to the impact of Coronavirus some aspects of these are now shown for information rather than action, for example re-voting of Trustees and appointment of External Examiner. These items will be dealt with at next year’s AGM.

Go to bottom of the page to download the Trustees Annual Report 2018 - 2019 and a Powerpoint presentation.

Trustees' Annual Report 2018 - 2019
Established as a charitable incorporated organisation and is registered as such with the Charities Commission under number 1175048.
Annual Report 2019.pdf
Adobe Acrobat document [2.1 MB]

Trustees' Annual Report 2017 - 2018
Established as a charitable incorporated organisation and is registered as such with the Charities Commission under number 1175048.
HVH 2019 Trustees Report.pdf
Adobe Acrobat document [14.1 MB]